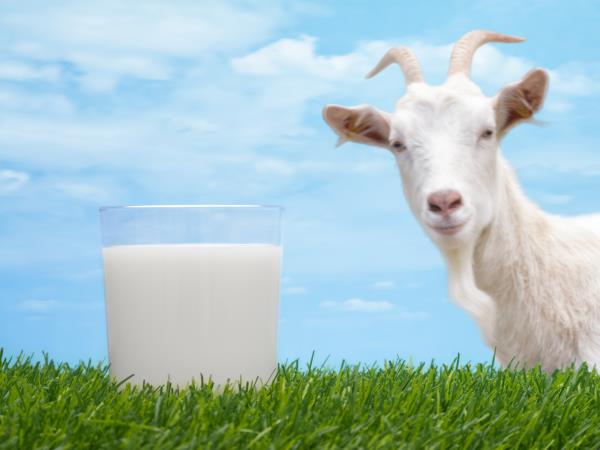 Datum: 3. OCT 21 - GOOD TO KNOW
What you need to know about goat
Goat's milk is one of the healthiest foods in the world, especially when we have dairy products in mind
Goat's milk is most chemically similar to breast milk. In addition, goat milk is found on all continents of the world. A number of studies have confirmed that the addition of goat's milk to the daily diet can cure a whole range of diseases in a natural way. It has a lot of protein-rich in essential amino acids, a lot of vitamins and minerals, and most importantly, goat's milk has no difficult-to-digest fats and less cholesterol than cow's milk.

Goat's milk has significantly less lactose than cow's milk, so it is easier for many people to digest and we also recommend it to people who have stomach problems. Compared to cow's milk, goat's milk contains significantly more vitamins B1, B2, B6 and B12, as well as calcium and silicon (it is important for the regeneration of skin, nails and hair), and also has significantly less energy. Because it is friendly to the digestive system, it soothes metabolic problems and does not contain proteins that cause allergies (it has 89% lower levels of beta-casein than cow's milk). This is especially important in children.

Goats enjoy more than 600 different plants and tops, which is the highest among all domestic animals, so their milk is a real treasure of nature. Already Hippocrates wrote about the healing effects of goat's sour milk and goat's cheese.

Another phenomenon applies to goats. What do sharks, mosquitoes and goats have in common? None of these animal species get cancer, and this fact has long troubled researchers because they believe that the age also with the help of goats discovered a miraculous formula to fight cancer. So far, only goat milk is known to have a lot of conjugated linoleic acid (CLA), which has a proven anticarcinogenic effect.

Some time ago, the idea even appeared that every Slovenian family would have its own goat. This would reduce the risk of cancer by 30%. Children's illnesses (and consequently sick leave) would also be significantly lower (up to 40%). Goat's milk is also very effective in inhibiting the ageing process, which means that there would be fewer diseases in old age. It is not difficult to calculate that the state would save huge money on the health fund if it subsidized goat milk and other goat products.

And one more detail: goats will always eat the healthiest tops and parts of plants first. They are considered to be among the most picky animals in the world. From this, people could also learn to take better care of their diet, especially since goats very often tackle the bark rather than the fruit.

Another tip: fresh goat's milk does not have an unpleasant smell, but it has a different taste and aroma than cow's milk. After that, you can quickly recognize how fresh the milk is. If the difference in taste bothers you, use vanilla or cinnamon, which will neutralize the taste and at the same time make the already rich milk even richer.